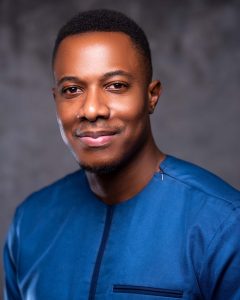 Edudzi Adodo was born during a thunderstorm (as people with websites about themselves invariably all are) the 12 December 1988 at 12 minutes past 12.  As Edudzi was being born, the clouds parted and a succession of rainbows, appeared across the sky.

At the very same moment, Michael Jackson performed his moonwalk for the first time.  In the same moment a baseball game between the Red Sox and the Yankees caused NASA researchers at Nasa headquarters to miss-not for the first time- a message from extra-terrestrials life-forms from a faraway galaxy.  At the very same moment, Johnny Appiah the son of Togolese and Ghanaian immigrants and inveterate rascal was eating some diced pineapples surreptitiously  in his kitchen when he heard the sound of  his mother’s keys jiggling as she fitted a key in the flat’s front door. Not wanting his life expectantly to be drastically cut, he chucked the diced pineapples in the first place at hand: under the lid of a ham and cheese pizza box belonging to one of the roommates in the house. The roommate would take the pizza box to his room and emerge a few minutes later his eyes bulging like plates and holding his throat in an advanced state of emotion. Thus pineapple pizza was invented and would continue to bamboozle the taste buds of perfectly law-abiding citizens everywhere around the world.  Meanwhile in a francophone west African country a thunderbolt struck a baobab sending sparks landing, onto the back of a cattle farmer’s trousers, just walking past the baobab tree with his flock. He would proceed to run around, in a manner that would make a headless chicken cower in shame.  His wife and sixteen children saw the scene and rushed out after him with buckets of water in an attempt to put out the flames (and would incidentally give birth to the sport that is now called flag football).

Edudzi grew up in Togo, a small country, in West Africa by his mother a nice lady from Haiti. Early on Edudzi showed an incredible propensity to ingratiate himself with teachers . He is also famous for pioneering a philosophical school of thought which was known as the N.S.N when it came to sweets and pastries ( Never Say No).

His senior year  Edudzi would earn the distinction of becoming the only known human, to be elected both ‘prom king’ and ‘nerd of the year’, whilst wearing braces (all whilst wearing a white suit)

Edudzi would then go on to study politics philosophy and Economics at some posh British institution where his parents hoped he would learn to be a gentleman.  There he was introduced to the confounding application of human logic that is the separate hot and cold taps widely used in the United Kingdom ( rather than the comparatively simple single tap with two knobs with which to mix hot and cold water…) and continues to be baffled by the continued existence of this system.

We are pleased to note that from his time studying in the United Kingdom , he has learned to pronounce things like ‘Gloucestershire,’, and ‘three pound and fifty quid,’ the right way.

Edudzi now lives in Lomé, with his five cats.

He can determine what a person is like depending on how they pronounce the word ‘Noni’, and is one of only twelve people that can pronounce the kobasticker: ‘Japojapujulujakovuvuvovononix’. Edudzi will occasionally confound French speakers with words like ‘cheers’ and ‘blimey’ and ‘kerfuffle’.

Edudzi is currently undefeated at Uno and Rock Paper Scissors, and is a rabid supporter of Liverpool.